Indian Vedic School is established with the vision to introduce to the world, the most effective and pragmatic ideologies of the ancient Indian Sciences. A thoroughly researched course material is prepared which gives one a deep insight into the wisdom and knowledge of the eminent Indian saints. Indian Vedic School presents a plethora of content, which will help in a major transition in today’s lifestyle and pave way for a better and healthier future.

Today to live a quality life, it is essential to find alternate methods to maintain the balance of body and mind. The courses offered by IVS are the best platform to learn the traditional ideologies, which is the key for a stress free and enriching life. 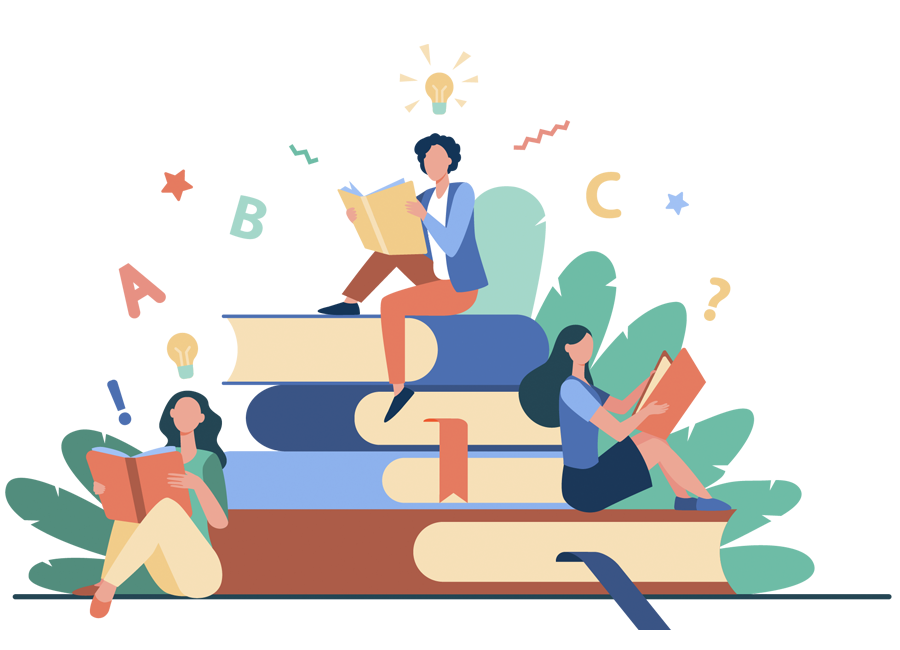 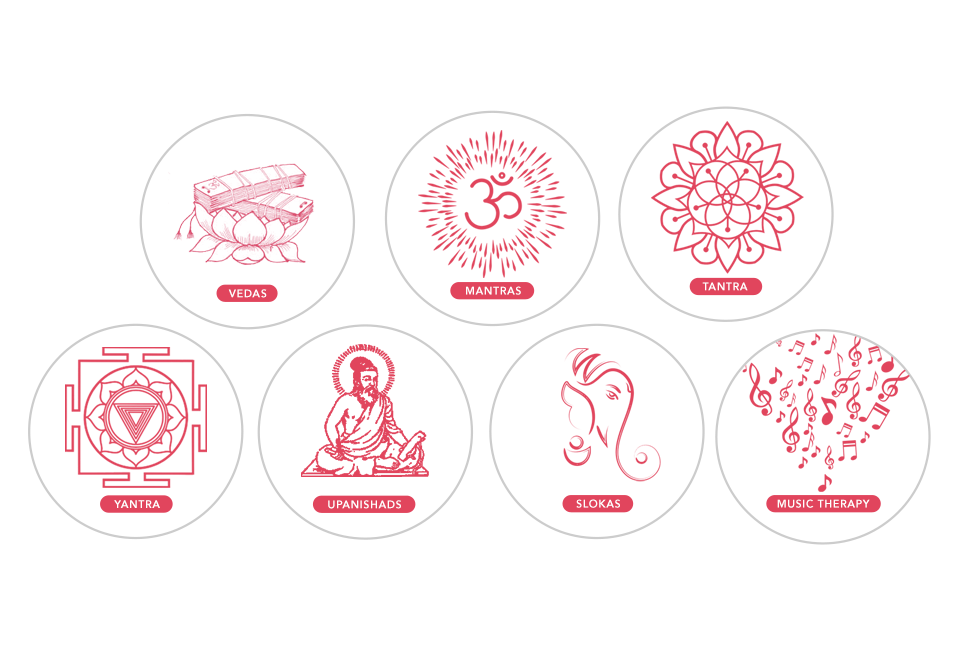 There are three levels at which learning takes place: 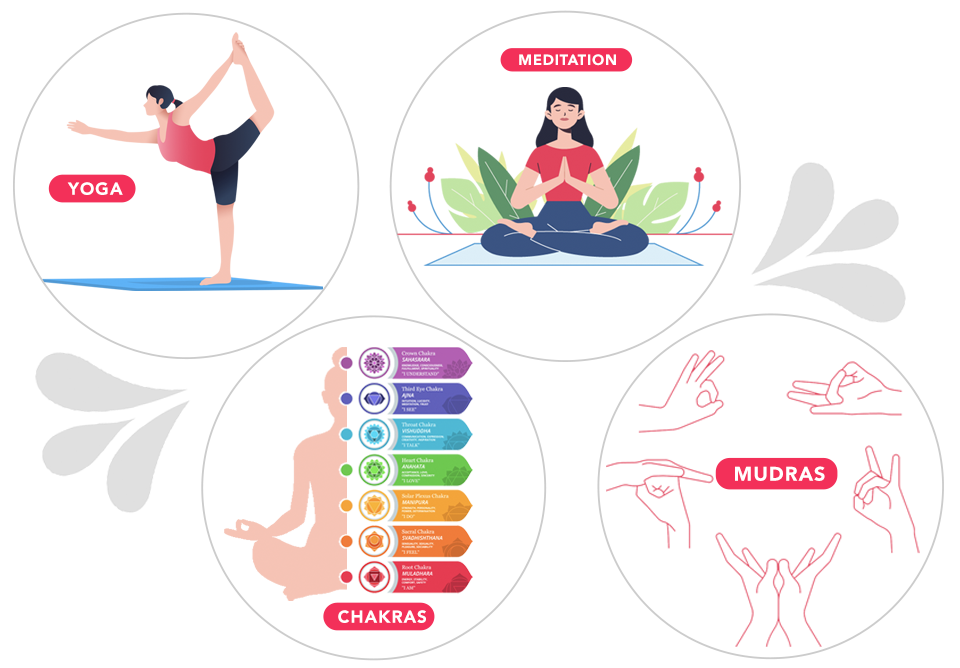 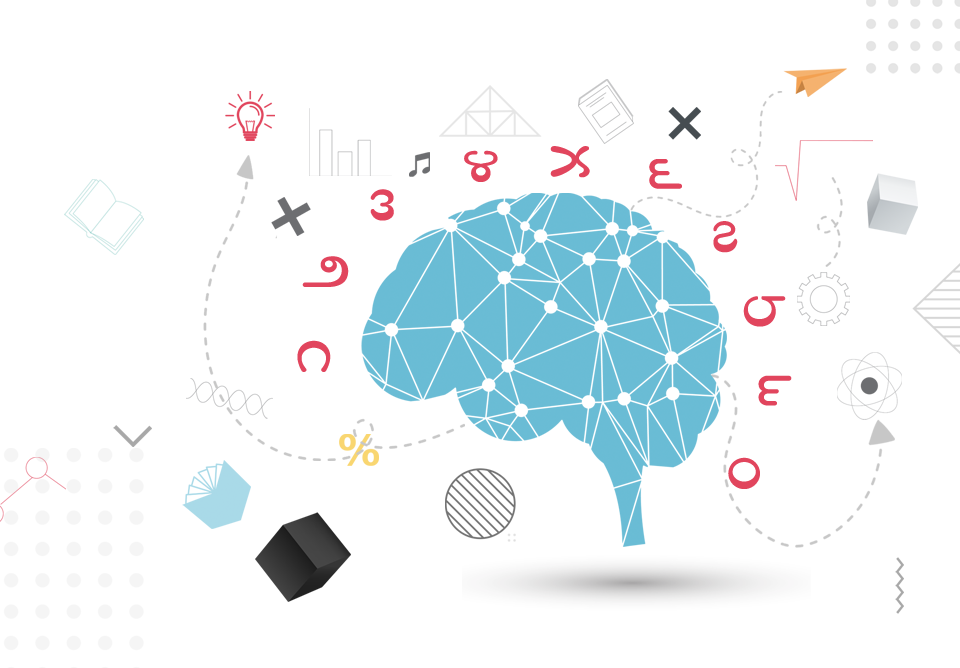 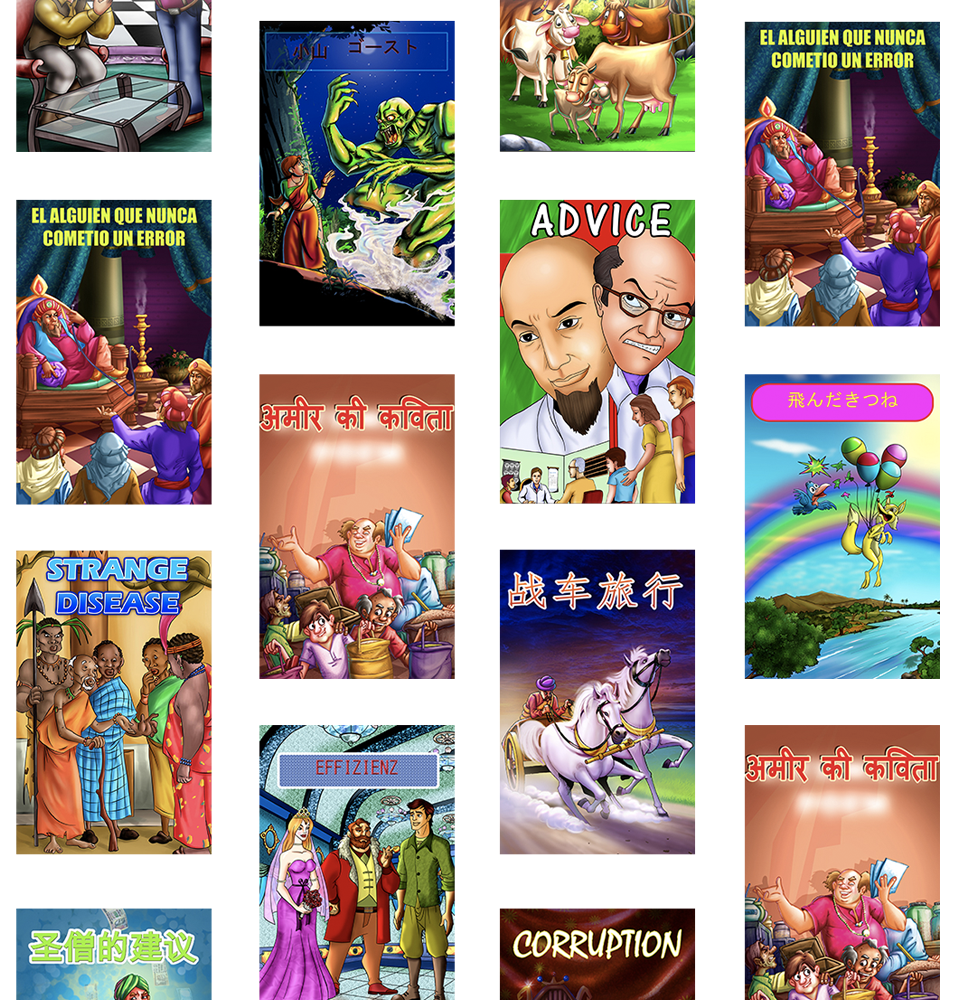 While we have stepped into the third millennium, there are many accolades we can add to the list of human progress. However, this 21st century also fosters many banes. Loss of moral values is one such bane of this century. We at IVS have introduced “Moral Studies” as a part of the curriculum to instill values in the next generation through various stories. Each story clearly defines and highlights the basic values we need to nurture in every student to be an ideal human being.

These Moral Studies texts are not only available in various Indian languages like Hindi, Telugu, Tamil, Kannada and Malayalam but also in International languages like Spanish, French, German, Japanese and Chinese languages apart from English.

* Stories primarily focussed on inculcation of moral values like honesty, integrity, righteousness to name a few

The greatest gift to the world by India, Sanskrit is considered as the language containing the earliest literature in the world. Learning this beautiful language will not only give a deep understanding of the Vedic texts but also give a further view of the world with its literature.

Nearly every Indian must have read or heard about Ramayana. The story almost always starts with Dasaratha’s desire to have kids, Rama’s birth, expedition with Viswamitra and so on. In this book, we tried to present you a farther view of ancient Indian history. Those who aren’t well-informed might assume Rama was the first Ikshwaku king. It could be surprising to many if we say there were tens of other Ikshwaku kings who ruled the Indian subcontinent which was widespread and covered half the globe back in the day. Ikshwaku dynasty and Suryavansa lineage had great kings who contributed to the rich history and culture we all embrace today. We managed to collect the most accurate chronological order of Ikshwaku dynasty and other lineages that emerged from it with time. 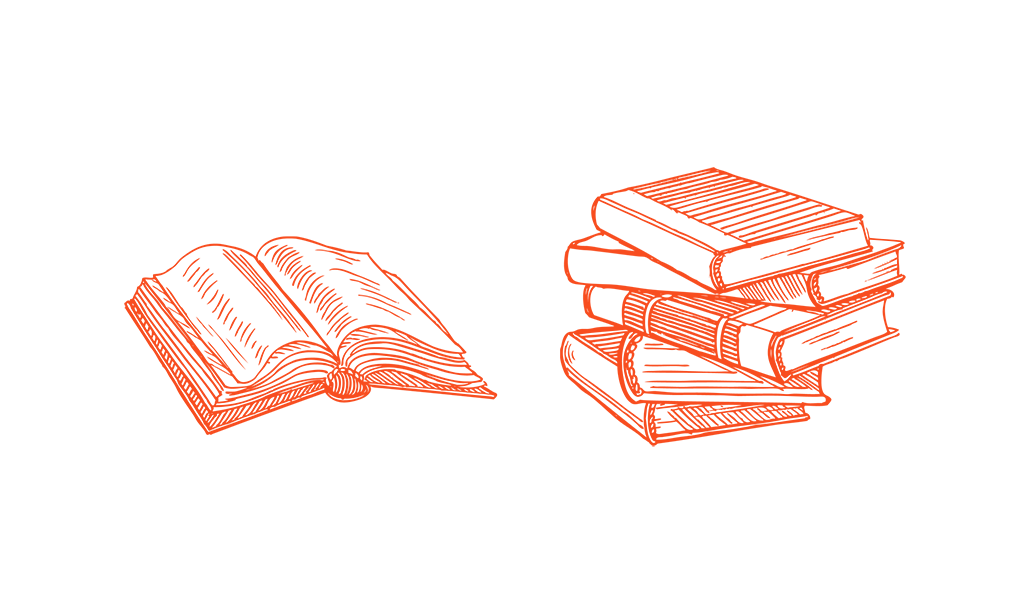 All 18 Puranas introduced in the curriculum will give a complete understanding of knowledge which was passed on by the famous sages of India in the form of traditional lore’s and legends. These 18 Maha Puranas are abridged and presented to the students which would give them an answer to many burning questions about Indian culture. Puranas are ancient Indian literature that documented most of the Indian history right from the Vedic times. Puranas are a very popular genre of historical literature in both Hinduism and Jainism. Since the historians of that time chose to document the history using poetry and symbolism; the stories are is often misunderstood as folklore. In reality, Puranas are encyclopedic, and they have recorded history in the most accurate timelines known to mankind.

Puranas unlike contrary belief is deep rooted in science and physics. 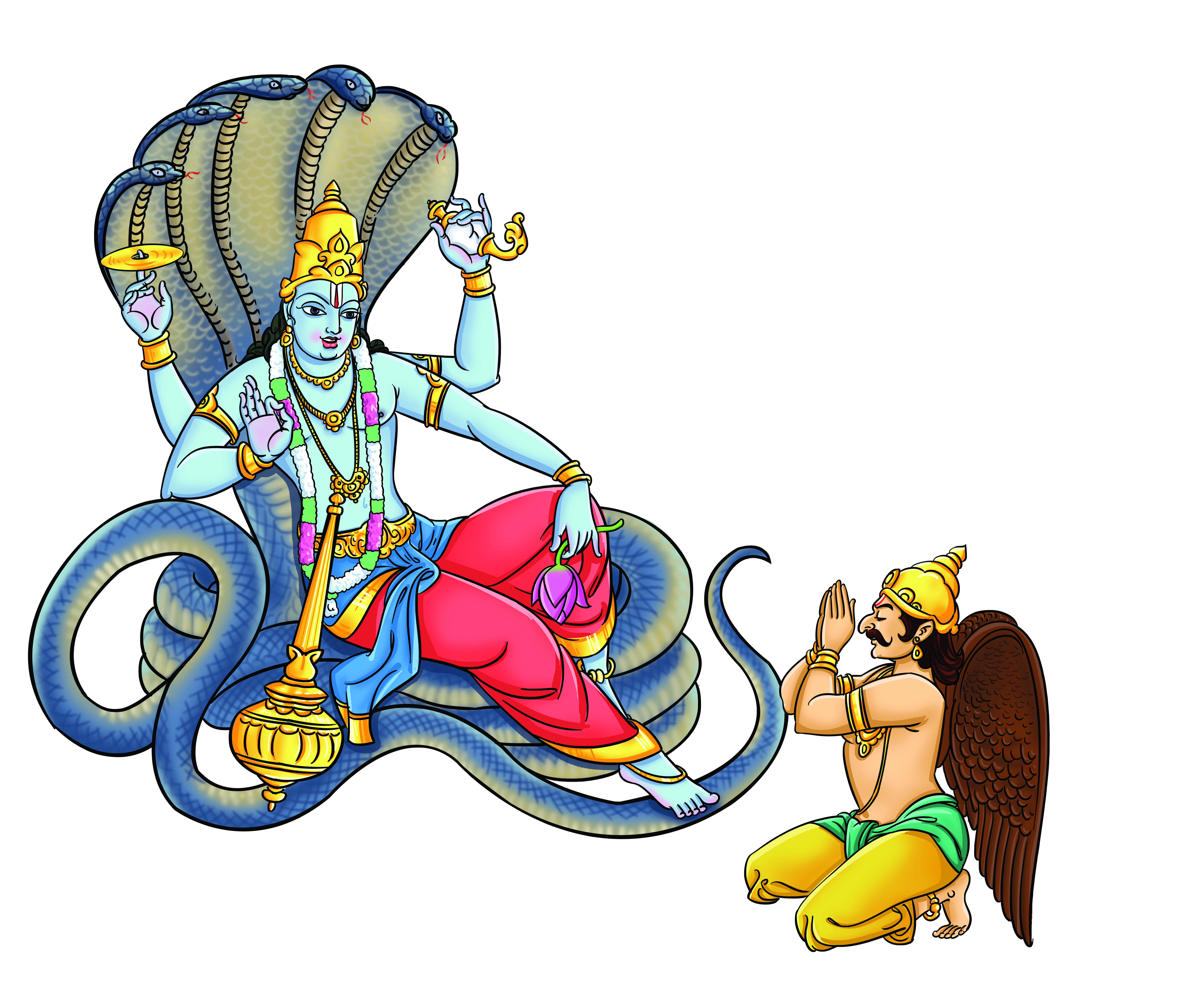 Garuda Purana begins with a brief introduction to Puranas and details of how they came into existence. Garuda Purana is considered as the most intense of all puranas as it talks about death and hell. But those who actually read it would know the real narrative and intention behind this Purana. Garuda Purana promotes a rightful way of life, discipline, and social rules that will help us live better and peaceful. It is told that Garuda Purana was first narrated by Lord Vishnu to Lord Shiva along with his disciple and vehicle, Garutmant. This Course gives a glimpse into 3 kandas of Garuda Purana, the contents of them, and some interesting stories from them. 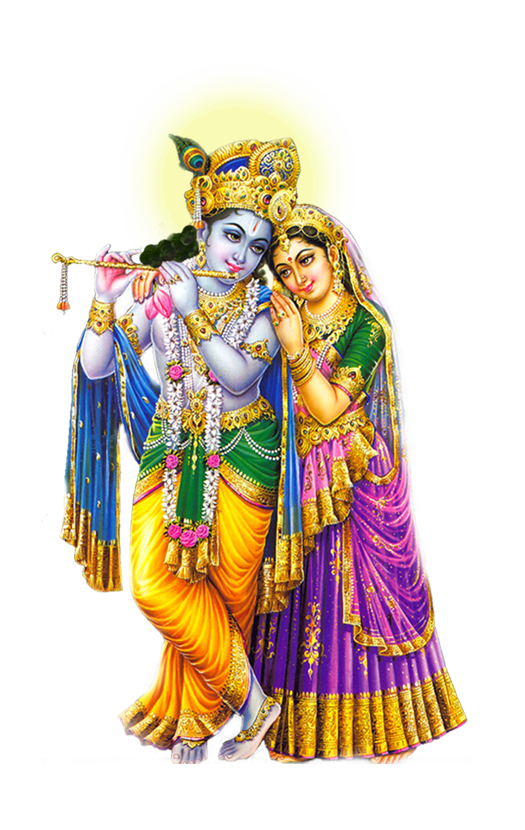 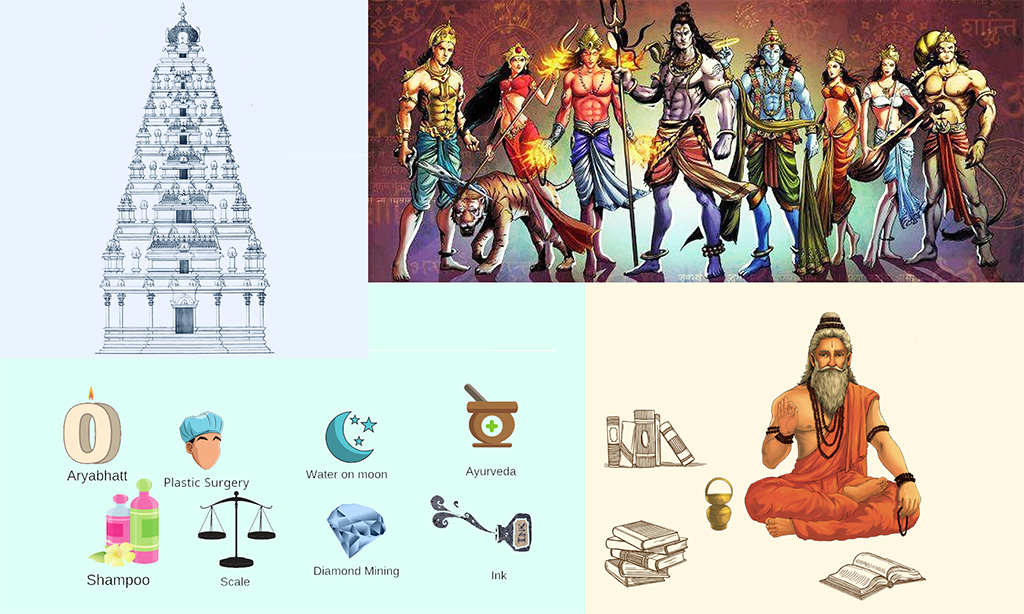 Along with the above Indian Vedic School also plans to introduce optional subjects from various grades, which can be opted by the students as per their interest. These are as follows:

Herbology course material presented by IVS focuses on giving the fundamental understanding of herbs more straightforwardly. Mastery over this course will lay an excellent foundation for those who wish to pursue a career in alternative medicine 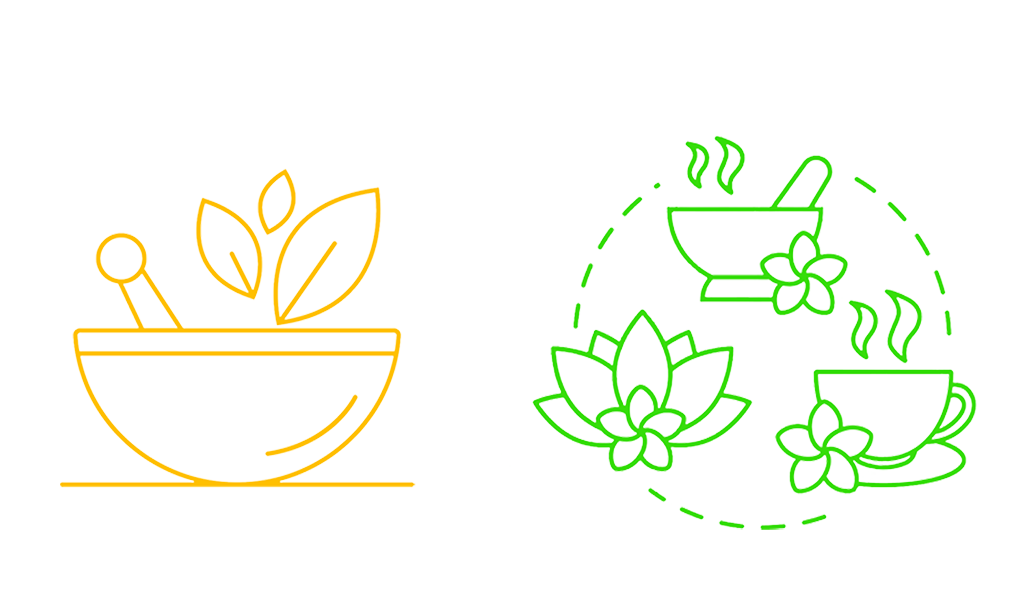 Indian History at IVS primarily focuses on the great civilization and kingdoms of our country and presents the true and factual data about the Indian culture without any influence by the western world. This will surely leave a deep impression on the next generation shape their perception and identity. At IVS the Indian History curriculum is set to break all barriers and arouse curiosity among students. 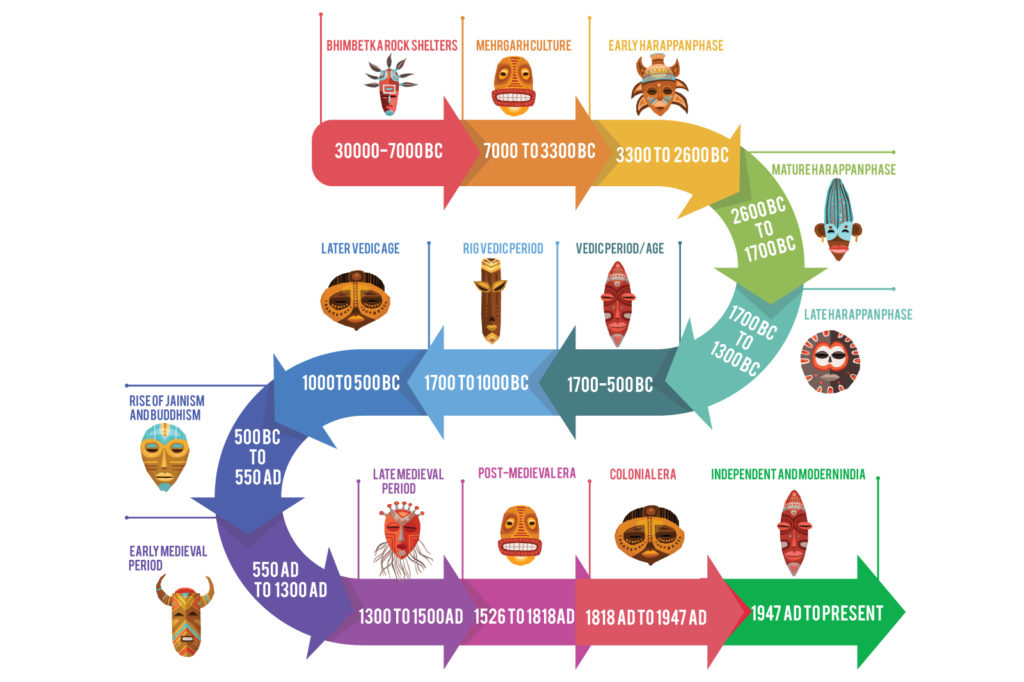 Apart from the aforementioned, Skill education will also be an integral part of the curriculum. The objective of the Indian Vedic School is to make sure the current generation is self-sufficient not only monetarily but also emotionally.

At Indian Vedic School, alongside the Vedic Studies the mainstream subjects will also be taught through an integrated curriculum, ‘Imago’. This is a trans-disciplinary curriculum focusing on the 7 “C”’s of development approach.

The series contains interesting pieces merging literature with grammar.
Students will study inspirational stories / events of persons and people from various walks of life – politics, spirituality, all forms of visual and performing arts, adventure, etc. Grammar will not look like a dreary stand-alone subject. It is woven into literature to make the grammatical concepts easily comprehensible since they would have a context here. 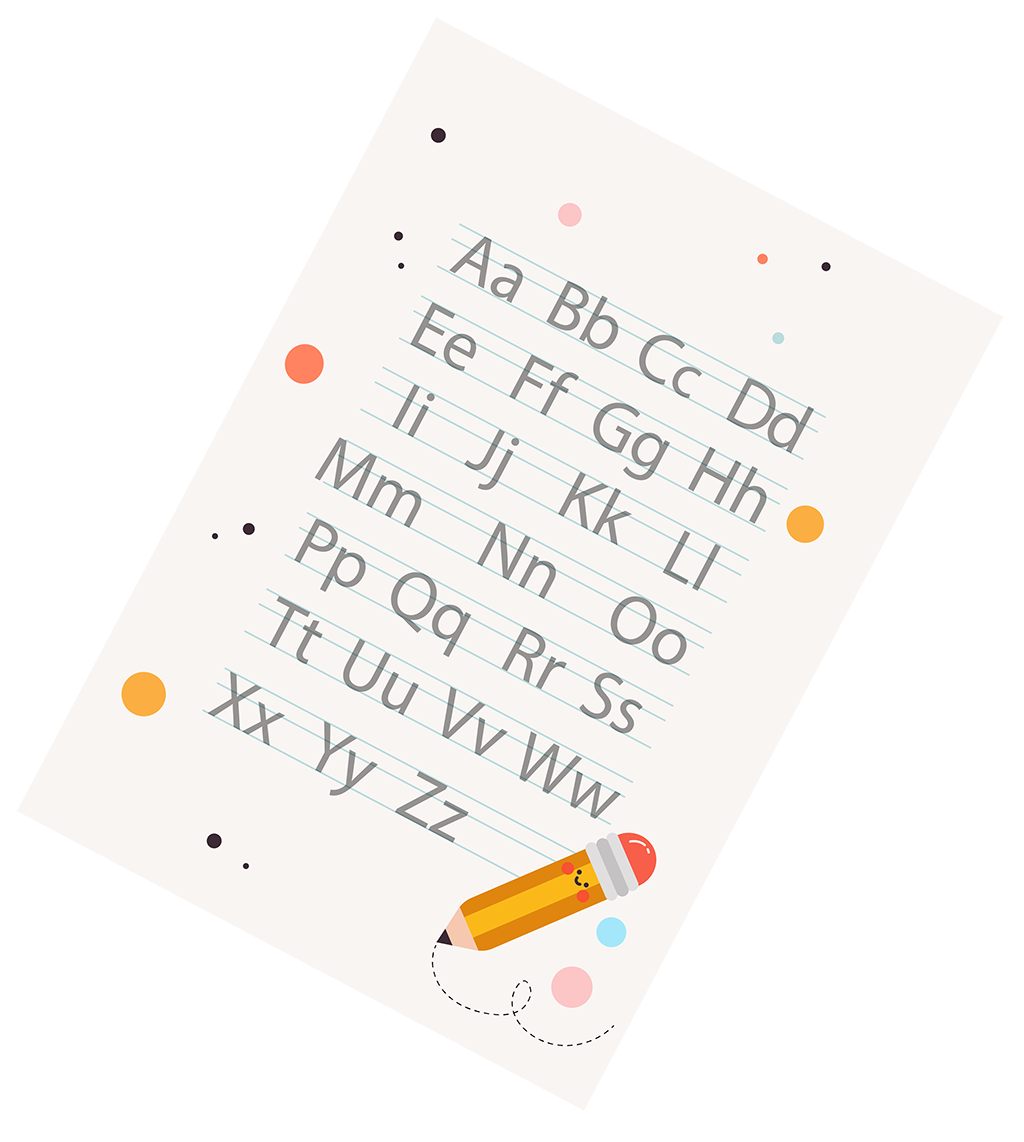 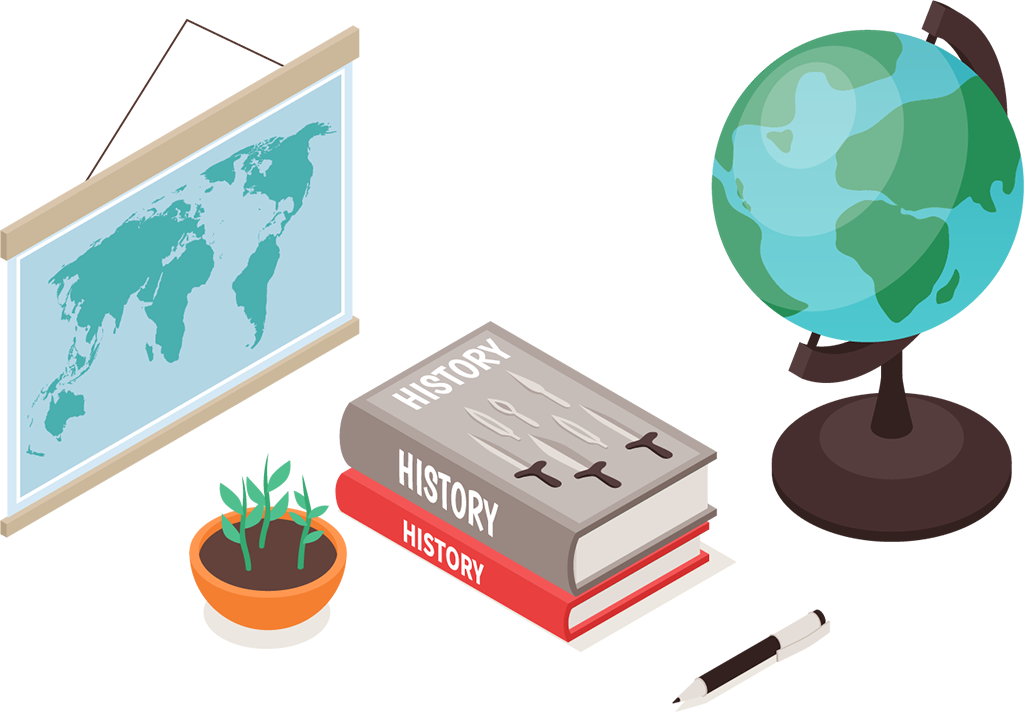 The series includes the concepts of the three subjects – Geography, History and Civics.
Despite being a healthy mix of three distinct subjects, the series ensures an inter-connectedness of topics and outcomes. The content will arouse curiosity of the world that was and the world that might be!

The most important and overarching outcome of EVS and Science is the development of the scientific temper. Some of the most important being the ability to establish a connection between cause and effect; and to develop the ability to hypotheses and experiment - drawing valid conclusions.
All scientific concepts can be taught at any level, only if the emphasis is on nurturing the scientific temper and making learning science enjoyable. The series is an effort in that direction. The topics are well graded – progressing from the known to the unknown; from the concrete to the abstract. 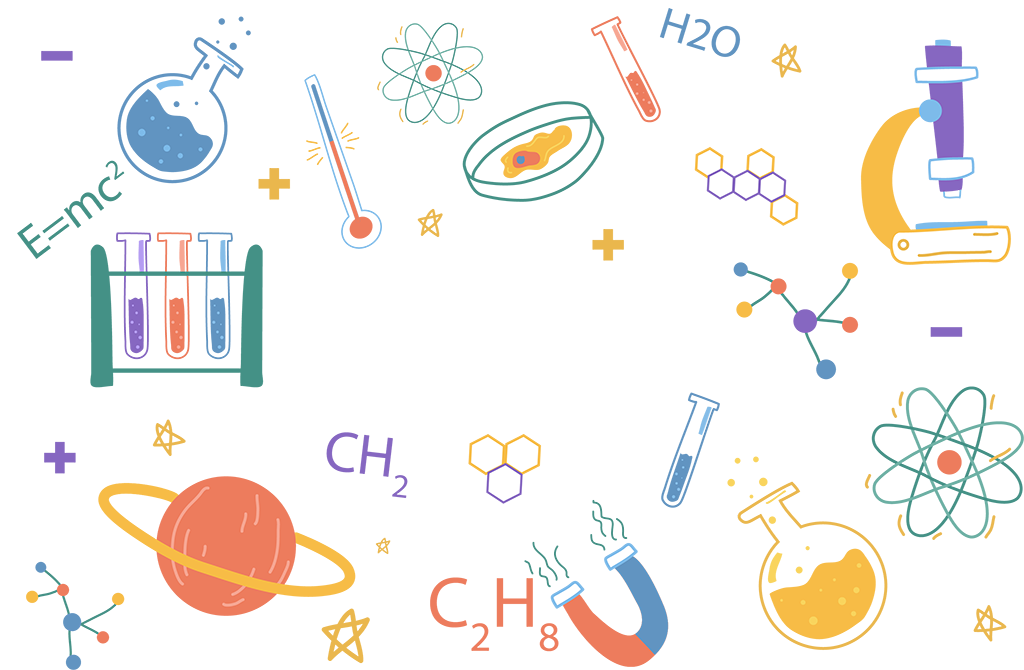 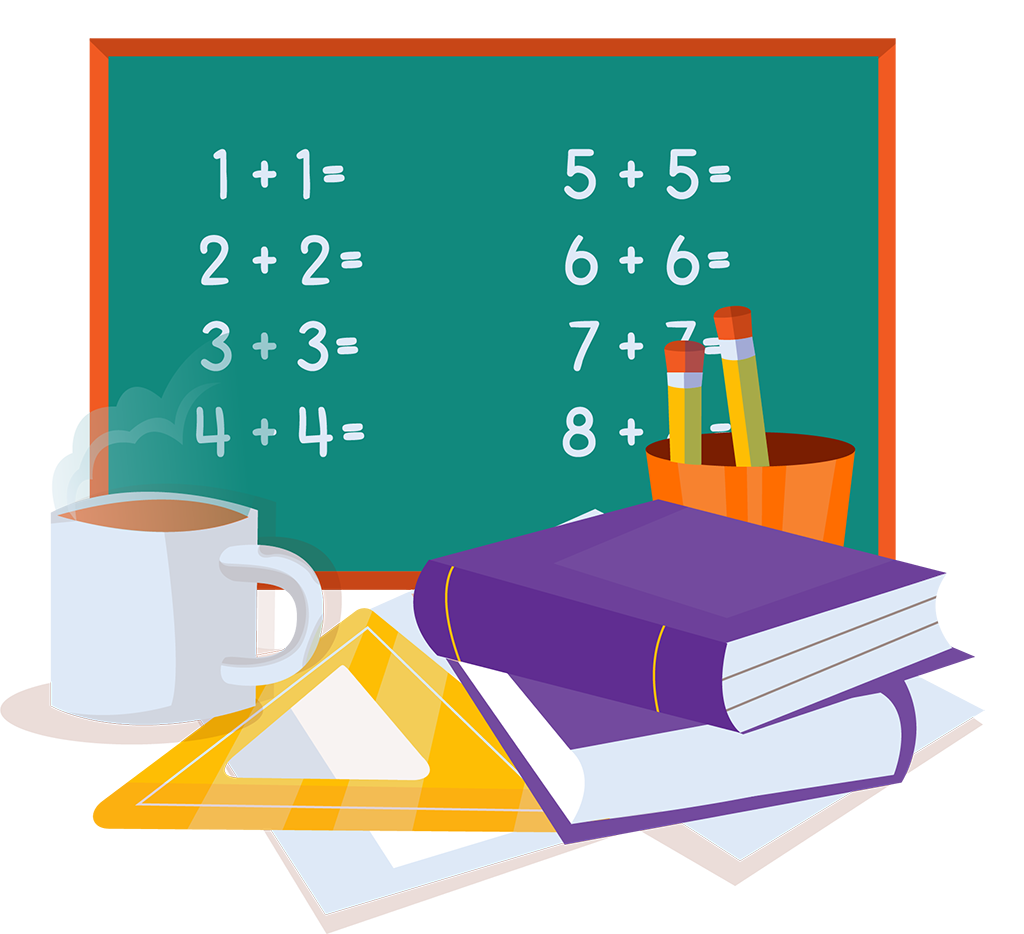 All mathematics concepts are bifurcated and graded as per the age requirements. The series is made to build the mental discipline among students. By applying the concepts to everyday life, it also enables to make the abstract mathematical concepts more logical, thus enhancing the reasoning ability of students.

The series enhances the computing skills of all students keeping them abreast with the changing technologies. Well-equipped lab will ensure practical knowledge helps to reinforce the theory learnt at the same time provide enjoyable learning experience. The commands and concepts are so organized as to arouse interest in the students and enhance their level of curiosity. 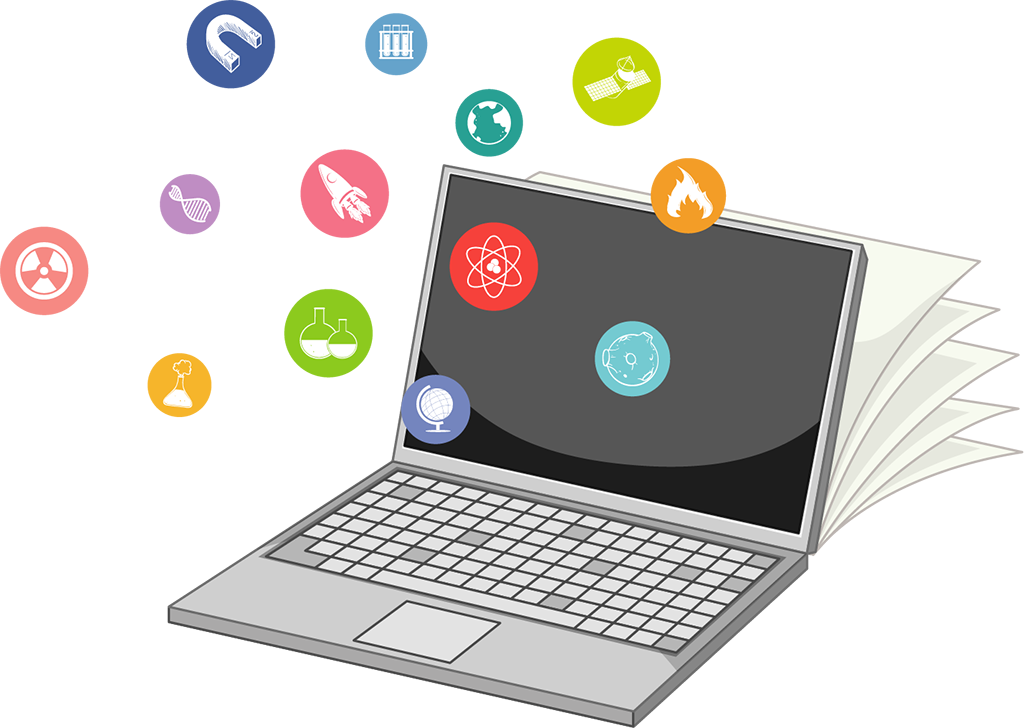 The main subjects will be taught from grade 1 to 12 and optional skill subject's option will be available to students from grade 6 onwards.